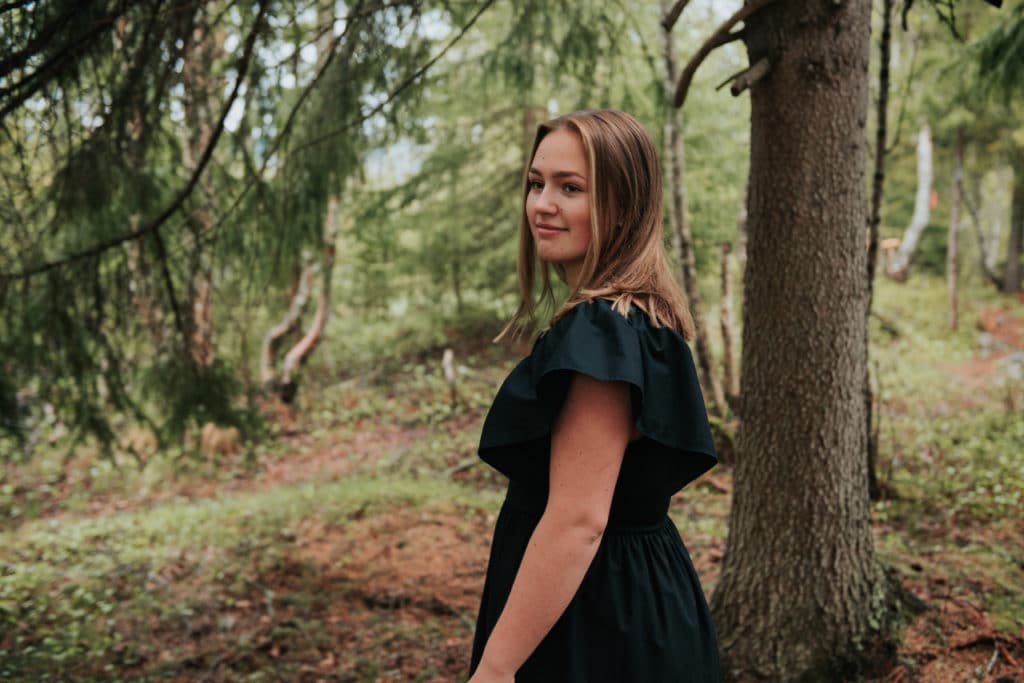 Finally the students are back!
Malin is a student at the folk music study, campus Rauland at the University of Southeast Norway. She will hold dance classes on Saturday and will help color the festival together with the other students.

Malin Røysland Skårberg is 20 years old and comes from Tinn in Telemark. She is a quince and a dancer, and is now studying folk music in her second year at USN campus Rauland. Malin has been actively dancing since 2015. In the same year, she joined the folk music and folk dance group Tinndølan, which, among other things, reached the final of Norske Talenter in 2017.
Malin has several good results in competition in both vocal and dance. In 2019, she won vocal class C at the landscape playground in Vågå. She and dance partner Torjus Bakken won dance harding fiddle class B at Landskappleiken in Tinn 2022, and got their first nip up to the A class.
Malin holds dance classes at Husan on Saturday, read more here!