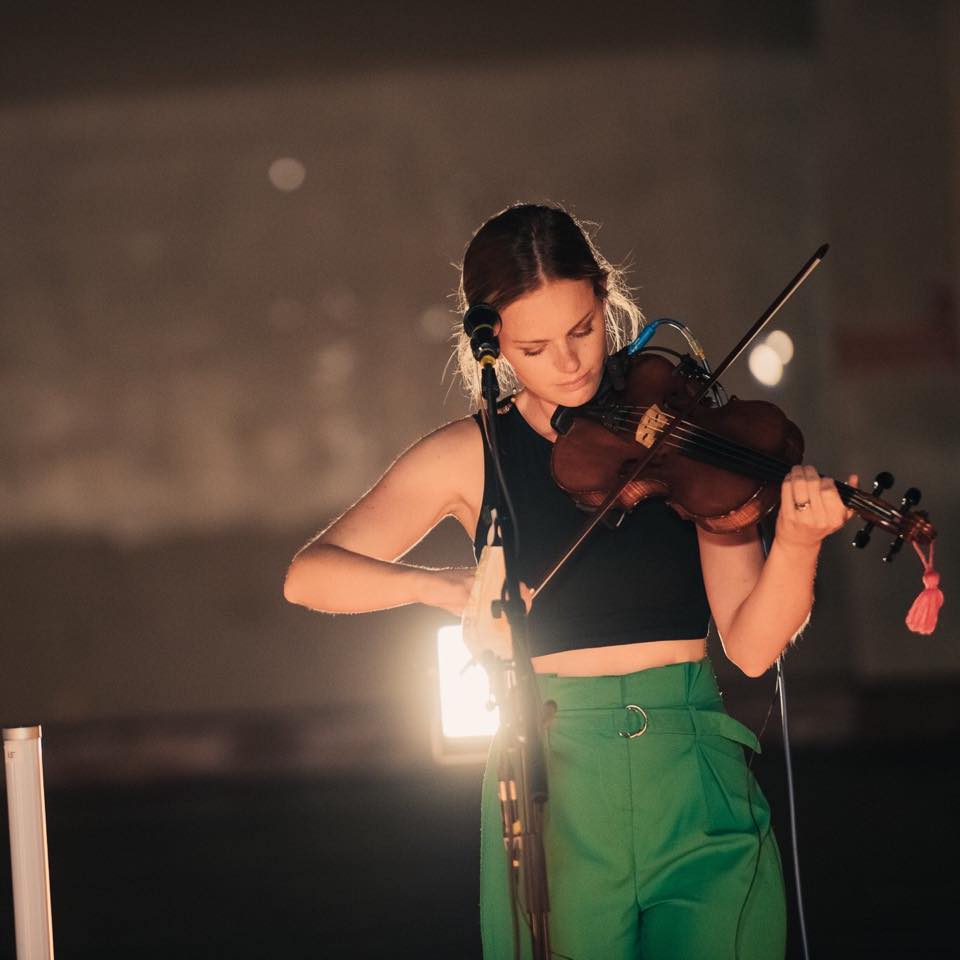 Megan is a Scottish multi-instrumentalist and singer, who comes from the town of Fort William, west of the Scottish Highlands. She grew up in a family with 6 older siblings who are all musicians, so it was almost inevitable that Megan also became a musician.

Megan studied classical violin at the Royal Scottish Academy of Music and Drama where she completed a degree in performance, composition and arrangement.

Traditional Scottish music has always been part of Megan's repertoire and a strong inspiration for her. So shortly after graduating she joined the highly respected Scottish folk group Breabach. During his 10 years with the band, Breabach has achieved international recognition, and is considered one of Scotland's most innovative and creative artists. 5 times they have won the MG Alba Scots Trad Music Awards, they have performed on radio and TV, co-curated cross-cultural collaborations and released 5 albums. All this in addition to a hectic tour schedule which has taken them to venues such as the Sydney Opera House.

Megan's versatility, technical prowess and outgoing nature make her an in-demand musician, performing and playing with artists such as Salsa Celtica, Grit Orchestra, Le Vent Du Nord, Siobhan Miller, Kris Drever and Duncan Chisolm. Megan was nominated as 'Instrumentalist of the Year' at the Scottish Traditional Music Awards in 2012.

In 2022, Megan Henderson debuts as a solo artist, and her debut album "Pilgrim Souls" was released during Celtic Connections in January.

Megan Henderson has been in Farsund before, both with Breabach, and with artists such as Kim Carnie. She has played in Loshavn Bedehus and has captivated the audience with her fiddle playing, but also with her lovely voice, radiance and with her stepping!

Megan is coming to Farsund Folk Festival 2022 as a solo artist, and is holding this year's church concert. The repertoire for this concert is taken from her debut album. On this album she has composed the music, plays fiddle, piano and sings!