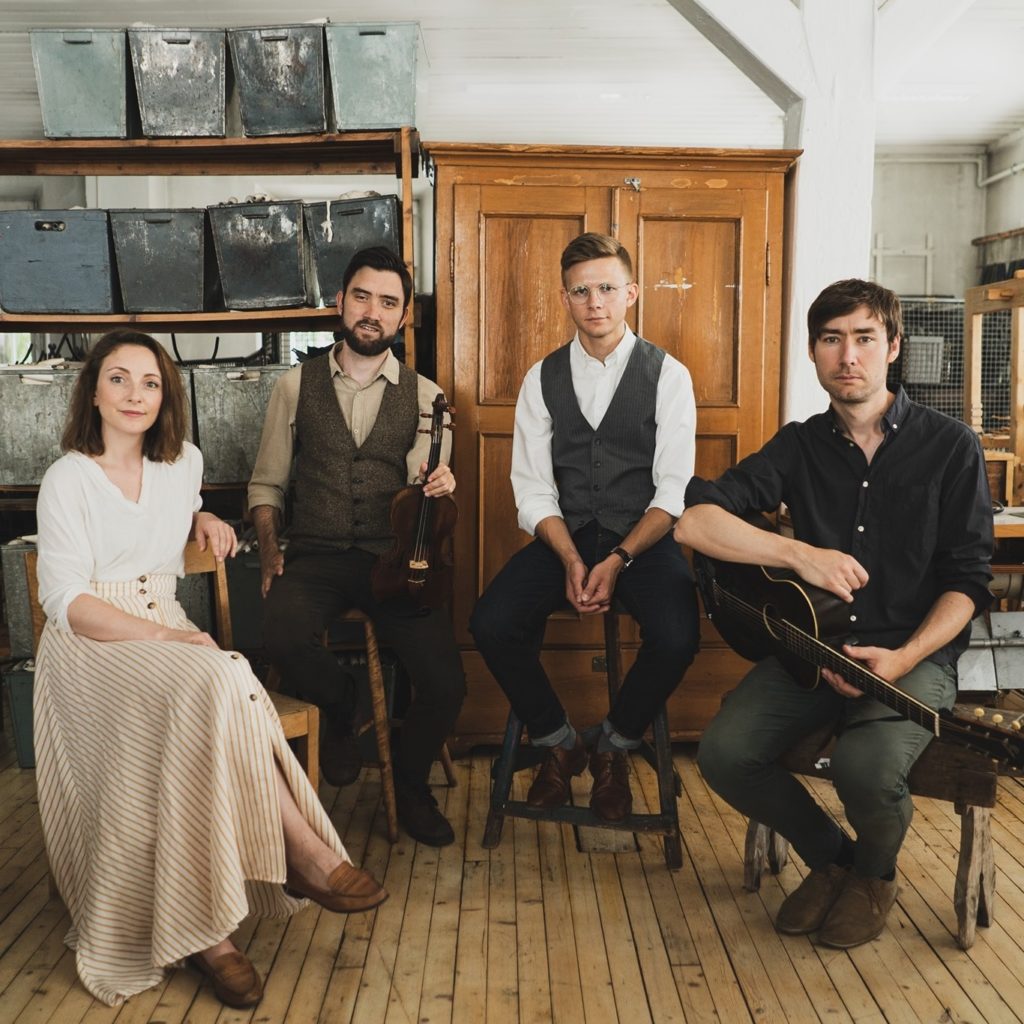 Stampestuen's latest album is dedicated to songs about thieves, murderers, beggars and drivers - people who for various reasons ended up as outsiders and enemies of Norwegian society in the 19th century.

Stampestuen picks up forgotten songs about strong personalities with captivating life stories. On their debut album "Letters from America" they interpreted songs by some of the many Norwegians who migrated to America. Their latest album (to be released in autumn 2021) is dedicated to songs about thieves, murderers, beggars and drivers - people who for various reasons ended up as outsiders and enemies of Norwegian society in the 19th century.

Among these thieves we find Ole Høiland, from Bjelland known as a notorious thief in the whole of Southern Norway. He grew up in poor conditions and early on developed an ability to combine criminal acts with popular sympathy. He is known for a number of burglaries, including at Norges Bank in January 1835

The members of Stampestuen are established musicians in the Norwegian jazz and folk music milieu, with a common interest in old songs and stories. Stampestuen emphasizes the texts, with the aim of bringing the historical events closer to us.

In its music, Stampestuen draws inspiration from genres such as jazz, country music and Irish folk music. Although much of the music is built around the guitar, the use of instruments such as pipe organ, Harding fiddle, accordion, Appalachian dulcimer, banjo and mandolin help to create a unique, rough and unpolished sound, which underpins the different moods and textures of the songs.

Stampestuen holds a concert Friday at Backes Bu. with the Johanna Juhola trio, they attend The North Sea Concert Saturday and on The chapel concert Sunday.