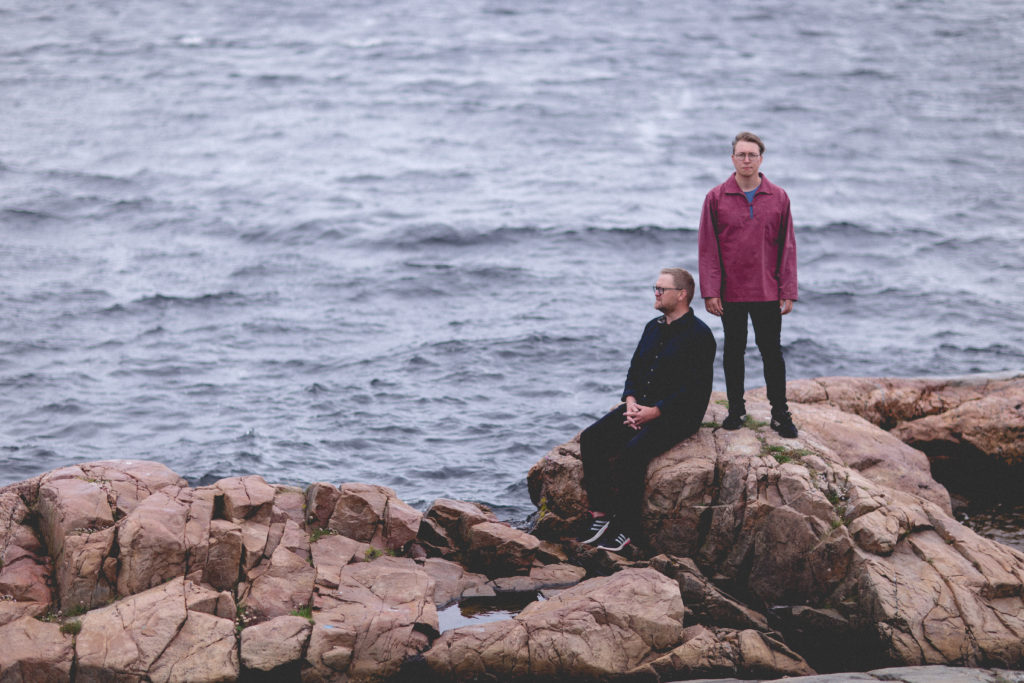 About everything that henda has

And there is not so little that has happened either!

Olaf Moen from Akland and Robert Løkketangen from Søndeled released their debut album "Om allt som henda har" in the autumn of 2019. The duo presents tradition and innovation, and in this project has appeared deep in the folk songs from the municipalities farthest east in Agder; Gjerstad, Vegårshei, Tvedestrand and Risør, and we find places such as Lyngør, Nes Verk, Søndeled, Takserås, Nybø and Haugeto. The district is sea and heath, fields and forests, something that reflects the rich and versatile folk music tradition here in the district. The duo has produced drinking songs, love songs, work songs, bowls and medieval ballads where toil and joy go hand in hand.

Folk music is closer than people think. It is not just something that is found in Telemark and Gudbrandsdalen, but it is just as much in the middle of us whether we come from forest settlements or islands, from island farms or industrial communities. Their dream is that these songs can be used that, whether it is in homes, associations or in a good team.

Moen sings and Løkketangen plays, and it is the latter that is behind the events where there is both strumming and strumming on guitar and langeleik. Some of the arrangements are clearly bluegrass-inspired, some have a tune of open and perhaps oriental-sounding sounds, and others are solo numbers with chanting in their purest form.

Moen has collected folk songs on his own, learned from sources both directly and indirectly, and not least an upside-down archive in search of local song material. All the time he has been looking to find his own voice and form, and lies somewhere in the landscape between being a traditionalist and being innovative. He loves the rather simple sound image where instrument and voice come into their own. Through his folk music background from Valle upper secondary school, Telemark University College and NTNU, he has received good training, and has been able to dig in archives and play with different expressions.
Løkketangen has its musical schooling from the jazz line at the Norwegian Academy of Music with guitar as the main instrument. There he has focused on improvised music / jazz, Norwegian folk music, and music from the Appalachian Mountains in the USA. Robert has long worked with acoustic music, and has worked on developing his own playing methods on instruments he plays. Through deep reverence and understanding of traditional music and innovative playing styles, he creates his own expression.

This summer, the duo managed to get a small "corona tour" around the municipalities where the music is from, and they played everything from secluded farmhouse to cafe and pub to ore mine and pier. All the cities managed to create singing, laughter and tears, and not least a nice dialogue with the audience both during and after the concerts.

Due to the previously mentioned corona, we have had to postpone the concert with Olaf and Robert three times !!

Now we are looking forward to going to a concert again in Loshavn Bedehus. It is lit up in the fireplace at Bedehuset and light dining. 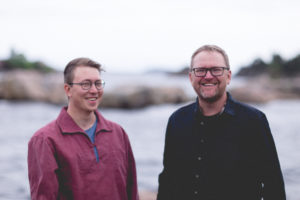 We end the festival on Sunday at Loshavn Bedehus. With a view of the North Sea, you get a unique concert experience in the prayer house in the harbor Loshavn. This concert is completely acoustic, without applause and introductions. In this context, the subdued music gets the focus, and this concert comes with a goosebumps guarantee. There is a shortage of space here, so run and…
read more →