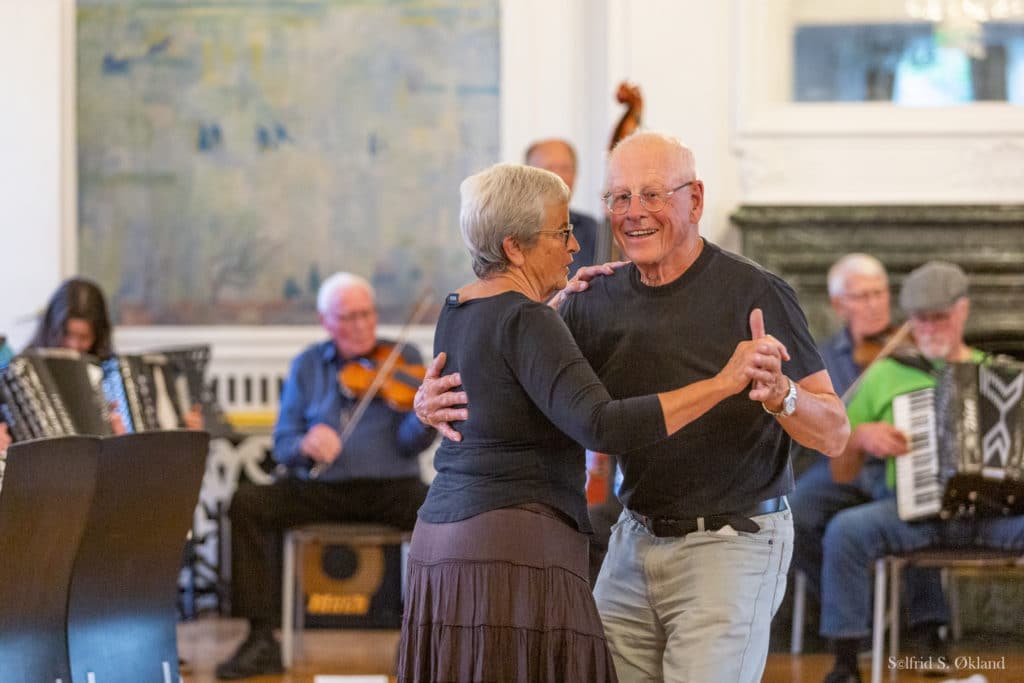 There must be dancing and there must be room for fiddler groups and bush games in the Farsund Folk Festival. In 2021, we moved the dance to the party hall at Husan, the city's town hall, which has long dance traditions. Just read here:

"When there was to be a ball in the city, there was a man who was absolutely necessary, he was inalienable. Without him, it was impossible to hold Bal. He was a Unicum. His name was Jakobi Jensen, but the whole town called him Kobi Spillemand. "

Kobi Spillemand played for weddings and parties for the poor and rich, and was always in place when events were arranged at Husan or "Slottet" which was people's nickname for this stately building.