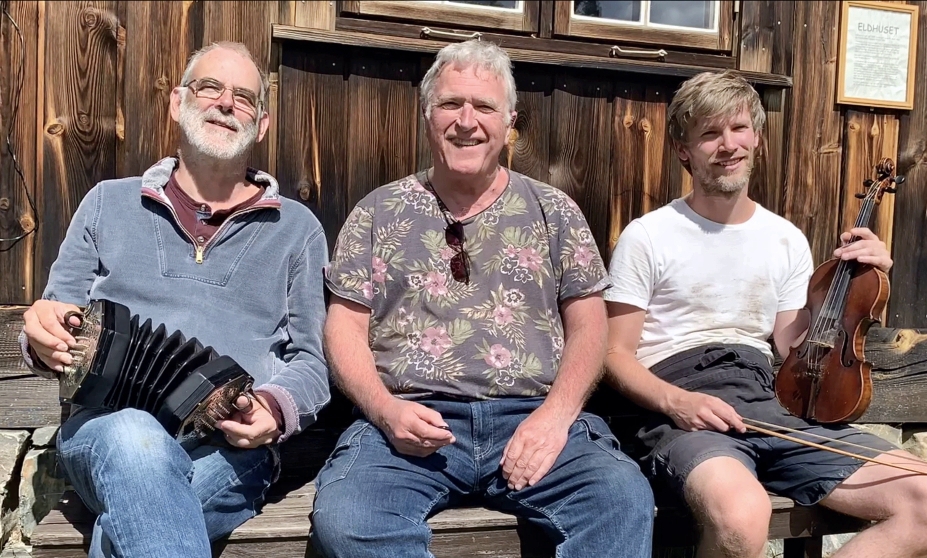 The Shanti concert with Frode Nyvold, Richard Burgess and Sjur Nyvold is this year's traditional concert which we arrange in collaboration with the Agder Folk Music Archive.

Frode Nyvold has visited Farsund Folk Festival on several occasions, and is in many ways the originator of the festival, which was first called Sailors Wake.

In December last year came a new album with folk songs (mainly from Agder); "Soldiers and honest sailors." The album has garnered praise in the music press. Also on the album are, in addition to other well-known Norwegian folk music artists, Richard Burgess and son of Frode; Sjur Nyvold who Frode Nyvold brings to the concert in Farsund.

Frode Nyvold has a background both as a social anthropologist and performing singer and musician, and co-founded the folk music program at Rauland (now part of the University of Southeast Norway - USN). He became interested in traditional singing from Agder through his father's family in Farsund and in 1998 he released the album "Skjemt og sjanti" with material collected from Vest-Agder in the 1970s. The album was nominated for the Spellemann Prize.

Richard Burgess came to Norway as a 19-year-old in 1976 and has distinguished himself for 40 years as a distinctive singer and communicator of his home country and also eventually also Norwegian singing tradition. In addition to performing solo, he is a member of the Anglo-Swedish trio Doggerland and leads the shanti trio Foghorn in Fredrikstad. Precisely maritime music has been a main interest and he has led various shanty courses in England, Sweden and Norway (including at the North Sea Festival). In addition to singing, he plays guitar and concertina

Sjur Nyvold is a singer and songwriter, with a background in folk music and other genres. He sings and plays guitar, fiddle and mouth harp. He participates in various ensembles as a soloist and accompanist. He has taken a bachelor's degree in folk music at USN, Rauland, and has a performing bachelor's degree from the Academy of Fine Arts in Tromsø.

This concert will largely convey material from the album «Soldiers and honest sailors».

Because several of the songs are suitable as all-singers, there will be all-singing during the concert. Sing along! But pay attention to those around you and infection control.

Entrance in the lock to the sports hall in Inger Sundts gate, on the upper side of the Aula. There will be table service inside the hall, plenty of space between the tables and disinfection available. As an audience, you must have good hand hygiene and keep your distance. Everyone must sit on the same chair and not change tables during the performance. Payment only with tips and cards. Preferably come on foot, or park at Amfi, Nytorvet, or Verven. We will do our best to inform about any detours in Storgata.

Be patient, show consideration and take care of each other by keeping a distance of 1 meter and by staying home if you have symptoms or proven covid 9. It is your responsibility!