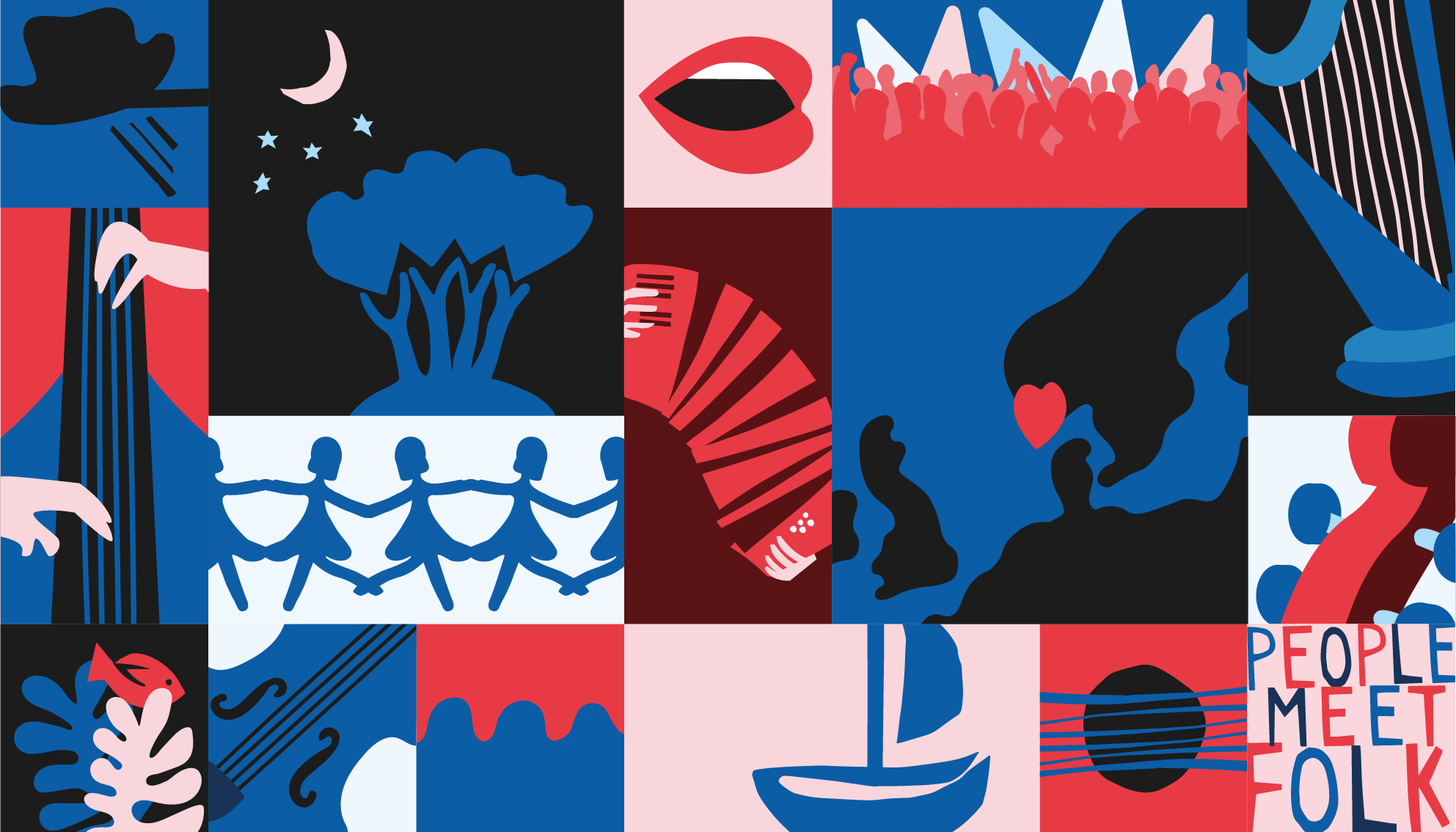 The background for the name change is several overlapping reasons:

The festival turned 20 years old in 2018, and the anniversary gave us new energy to continue investing! In recent years, the festival has increased its administrative resources, managed to build new collaborations locally and built a stronger network internationally. The festival wants to be an ambitious and clear organizer for folk music and folk dance in Sørlandet, and to become a year-round organizer by using Backes Bu as a permanent concert arena in Farsund.

We contacted in the winter of 2019 Havdur Design in Farsund to get help creating a new graphic and visual profile for the festival. In this process, we were challenged on the name.
The North Sea Festival says nothing about what kind of festival it is, but refers to the theme of the music. We will continue to have this topic with us. Music and musicians from the countries around the North Sea and focus on the North Sea that unites us will continue to provide the framework for our programming.

People refer both to us humans in general, a group of people, but also to the genre of folk music. Music that is for most people, made by and for people! We are very fond of this double meaning of the word, and we will keep and clarify our slogan; People meet folk!

The name change was approved at the annual meeting on March 10, but we have waited to announce the change due to the coronavirus and the uncertainty surrounding the implementation of this year's festival. When we now choose to go out to the media by changing our name, it is also because we have a strong desire to arrange a festival in 2020. All sports and cultural events are canceled until 15 June. But Farsund Folk Festival is in the fortunate situation that we can carry out a festival with a much smaller number of spectators and can use alternative arenas. Minister of Culture Abid Raja has announced that he will present the Government's strategy for this summer's and autumn's festivals and events before 1 May. There is now strong pressure on the Minister of Culture from festivals and organizers that the authority's measures provide longer predictability for the festivals that need plenty of time for planning and implementation.

The board of Farsund Folk Festival is planning an alternative festival where artist choices, arenas and concepts will take into account the guidelines given by the authorities to deal with infection control. We believe that a slow opening of Norway also means that smaller cultural events can be held in the autumn. We must at least be ready!

We are open to the fact that we do not know at all, or can imagine what kind of festival we will carry out. It will probably be travel restrictions, transport challenges and an economic situation in our local business community that give us a completely different framework than before to carry out the festival. But we choose to be positive, think alternatively and have many exciting ideas and thoughts for this year's festival. We have many good Norwegian and international names on the block that we can invite without going abroad. We will be ready to release the first artists as soon as we know we can conduct an alternative festival, and we look forward to coming up with even more good news.